My vacation so far is going pretty good. The reason it is not AWESOME yet is because my cousins are not out of school yet and I miss my class, friends, and teacher, Ms.Gaviola. I wish I was able to stay at least one more week at school before leaving forever. But I did have some fun. I went shopping at the Damascus Gate and bought a shirt that is now my favorite and played with some of my cousins after school. So I’m still having a pretty good time. So far today I haven’t done anything today except sit around, but I’m looking forward to having more fun once Ramadan comes (a month from the Hijri calendar) where we fast, or not eat from the break of dawn to sunset. During that time we have many family reunions and the whole place is decorated with beautiful lanterns and lights and other things. Right now you are probably only thinking about the harshness of not eating during that month, but let me tell you, it is a lot more easier than you think. You get used to not eating for that long. Besides, there is a big feast once it’s sunset. We break the fast with the feast. Plus, we get to stay up until like two o’clock. I just can’t wait until then! Inside the Damascus Gate during Ramadan.

Sixth grade is almost over and I’d say this was a great year. I had the BEST teacher EVER, Ms. Gaviola, great friends, and a really fun year. My classmates are also pretty funny. Unlike fifth grade, sixth grade went by really fast, which really sucks. I’ve got like only two weeks left until sixth grade’s over (I’m going early for vacation). I’m going to miss these things a lot.

Ms. Gaviola is a really fun and nice teacher. She lets us do really fun projects like Mexican Yarn art and other things. She’s also really funny. I’m really going to miss you, Ms. Gaviola.

There are also some things I learned in sixth grade like text evidence and algebra. I know text evidence is pretty hard and I hate it, but I’ll really need it for seventh grade. Explaining things has always been a weak point for me, but this year I could sort of tell I got better at it. Another thing I learned is to not leave assignments to the end. I had to deal with that for my Cereal Box Book Report, and I was really stressed. Something I learned and realized while I was in elementary school was that school comes first. School shapes up your future, so you need to work really hard to get straight-A’s and get a really good job later on. Some people think that getting good grades comes naturally to people, so they think whether they work hard or not they’ll always have bad grades. You just need to focus on your work and not decide to do it later, and it’ll soon become a habit to get your work done. That’s how I turned from an average to a straight-A student.

While I’m going to miss sixth grade, I’m pretty excited for seventh grade. I’ve visited my next year’s school three times and I like it. It makes me remember my old school, so I’m pretty familiar with it and feel comfortable with the idea of going there. I know I’m going to have  a lot of responsibility in seventh grade, since there are a lot of teachers that are going to be teaching me there. One skill I know I’m going to really need is organization. I’m sort of good at that, but I still sometimes lose my things, which I’m going to work on until I’m used to it. Mother’s Day is coming up and I’m actually looking forward to it. Our moms raise and care for us and love us everyday, so I think they deserve more than one day of the year to be remembered. I think they should be remembered everyday. I mean they work really hard to make sure we grow up to be good people, at the same time they have to care and love their kids, which in my opinion is a super hard job. I’m just saying we should really appreciate what our mothers do to us. You may get really mad at your mom sometimes, but you will probably always love her no matter what. 🙂

For “Blog Challenge #1” I have to to tell a little about myself. Hope you like it!

My name is Eman. Last year I moved from Minnesota and now live in California. My hobbies are to read, draw, to play sports, and play tether ball. My favorite colors are turquoise blue and green. My favorite animal is a snow leopard. My favorite food is falafel, a Palestinian food. And lastly, I’ve been to many places such as Jerusalem and Lake Superior, the largest lake in the world.

My favorite animal is the snow leopard. The thing that makes me like them most is their snowy coat. It totally fits with their habitat, which is in the mountains of Central Asia. Also,the leopard cubs are really cute. They look like kittens with black and white fur. But the sad thing is that they’re endangered. That is because humans move their livestock into their habitat and they hunt them for their fur and bones which are valuable. I just feel really bad for those snow leopards out there, and hope they don’t go extinct. I wouldn’t want such a fascinating creature to be gone. 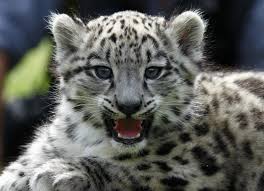 My field trip to the Asian Art Museum was pretty good. The bus ride to there was fun, even though it was really long. We were cracking up with funny jokes and other things which made it fun.We had to eat our lunch after the museum though, because we were late. The tour around the museum was OK, since we hardly had any time to look at the art and talk about it. But I did get to see some pieces of art like plates, cups,a golden chariot, and Buddha and Hindu sculptures. We also did get to hear some stories from the museum guide which was sort of interesting. The yoga wasn’t really as fun as I thought. We just did a few yoga poses and one of the guides told us a story about a monkey. I guess I always wasn’t much interested in yoga. The way back on the bus was fun, but not as fun as on the way to the museum. We ended up coming like an hour late and I almost missed my prayer.

Tomorrow we’re going on a field trip to the Asian Art Museum in San Francisco. I’m sort of excited because I like ancient works of art, which I’m sure is probably going to be there. Plus, I’m sure I’m going to have a good time on my field trip, even though I’m probably sure this going to be my longest bus ride I’d ever had. I’ve only been to San Francisco once to drive my cousins to the airport. So, I can’t really tell you guys what I think about the place.

I just hope I have a really great time at the Asian Art Museum, because if I went there and didn’t have fun would waste about $10, which isn’t cool. But I’m pretty sure I’m going to love this field trip. 🙂

Here are 7 random things about me:

During winter break I went to the park with some friends. At the park, we had to take care of her little brother, but we also got to have some fun and talk a little bit. I got to play soccer for like 2 hours with some friends. It was really fun. I was also able to go to the library to get some books. One book that I got that was really good was “An Accidential Adventure”. I also went swimming on some warm days like when it was 67 degrees outside. Don’t think the pool was cold because it was actually warm, so we weren’t cold at all. I tried to teach my younger brother and my cousin to swim but it wasn’t easy. At least my brother learned a bit. I guess my winter break wasn’t as bad as I thought, but I hope I get to do a lot more stuff on our next break. 🙂 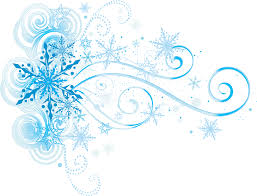 Okay by Frozen, I mean by the movie. I can’t wait to watch it!!!! Since I can’t go to the movie theaters, I’m just going to watch it on the computer. There’s not really a difference to me, because I just want to watch the movie. Plus, people say to me it’s a good movie so it makes me want to watch it even more. I guess I’ll have to wait until I have some spare time to watch it since I’m always busy.